Forest Gate man catches every Pokémon available in the world

A man from Newham has become one of the first people in the world to catch all 145 available Pokémon. 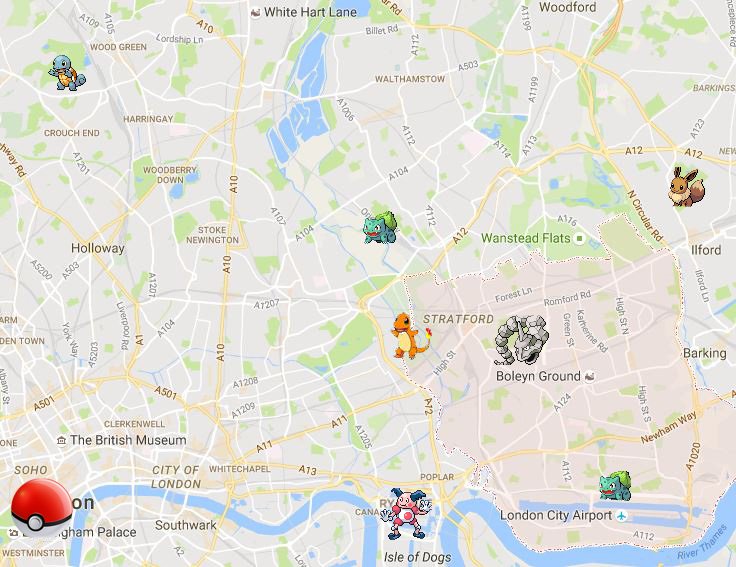 Ahmed Ali, from Forest Gate, completed the mobile phone game just two weeks after it was released - and even travelled to the USA to catch one of the elusive critters.

The 23-year-old got into the game after he graduated with a degree in mathematics from Queen Mary University of London this summer.

“I have a lot of free time because I start work in September. A lot of my friends were the same, so we had a lot of company and fun.”

However, Ahmed did face some judgement for spending his summer playing a computer game. “My parents were not happy. My dad thought I was wasting my time. I was like, “I’m doing lots of walking!””.

The game requires players to visit real-world locations, and Ahmed was soon travelling across the city - and continents.

Perhaps the craziest part of his Pokémon adventure was taking a university trip to New York. There are four Pokémon that can only be caught on specific continents, and Ahmed caught the European-exclusive Mr. Mime in Canary Wharf, and found the Asia and Australasia rarities in eggs.

That left the America-only bull Pokémon Tauros for him to catch whilst he was studying stateside.

“We went to Central Park and it was just amazing because it was full of crowds playing Pokémon.”

Ahmed caught his final Pokémon closer to home though, in Canary Wharf. He captured the mud Pokémon Muk on Wednesday. So was he overjoyed to reach his goal?

“Honestly I was so drained at that point that it was just a release. Since then I have lost my motivation and haven’t really played.”

Ahmed is waiting for official confirmation from Pokémon Go to find out if he is in fact the first person in the world to catch all 145. “I’m not sure if I’m the first but I’m definitely one of the first.”

Although it’s seen as a childrens’ game, Ahmed said “There’s so much strategy involved, there’s a lot of calculations. Maths definitely comes in useful.”

If you value what this story gives you, please consider supporting the Newham Recorder. Click the link in the orange box above for details.

This newspaper has been a central part of community life for many years. Our industry faces testing times, which is why we're asking for your support. Every contribution will help us continue to produce local journalism that makes a measurable difference to our community.

Latest from the Newham Recorder

Parks in Redbridge, Newham and Tower Hamlets amongst top ten in the country